Since 2005 Formula Student has been offering engineering students a platform to apply their skills in a practical environment. Each team designs, builds and tests a race car from scratch to compete in different competitions with other teams from all over the world. In 2017, a new category was added: here, students are challenged to build an autonomous race car, i.e. a car able to drive without a human driver. The AMZ driverless team, which is composed of Master students from ETH Zurich, is one of the most successful and innovative teams in this category.

The competition consists of different dynamic and static events, of which Trackdrive is one of the most interesting and challenging ones. In Trackdrive, the vehicle must complete ten laps on a known track as fast as possible. To achieve this, the car must be driven reliably at its physical limits while still staying safe. This poses a considerable control challenge. To tackle this, the AMZ driverless team decided to design a model-predictive controller using the FORCES PRO solver. This complex control structure can predict an optimal steering angle and throttle command for the next few seconds and therefore exploits the full potential of the car, without the risk of losing control. FORCES PRO is a faster solver than comparable products and therefore allowed the use of a higher controller frequency which is critical for controlling the car. Another advantage of FORCES PRO is the simple integration into Matlab which was useful to create prototypes quickly and design a powerful controller in a very limited time. The model-predictive controller was then tested on the race car and successfully used in two competitions in 2019: In Hungary, the AMZ driverless team was able to win the Trackdrive event as well as the overall driverless event. The highlight of the season was Formula Student Germany, where the best teams of the world participated. Again, AMZ driverless was able to outscore all other teams by around 3 seconds on a 22-second lap and eventually win the first place of the whole driverless event.

For the 2020 season, AMZ driverless will use FORCES PRO again and this time, also in additional racing disciplines. 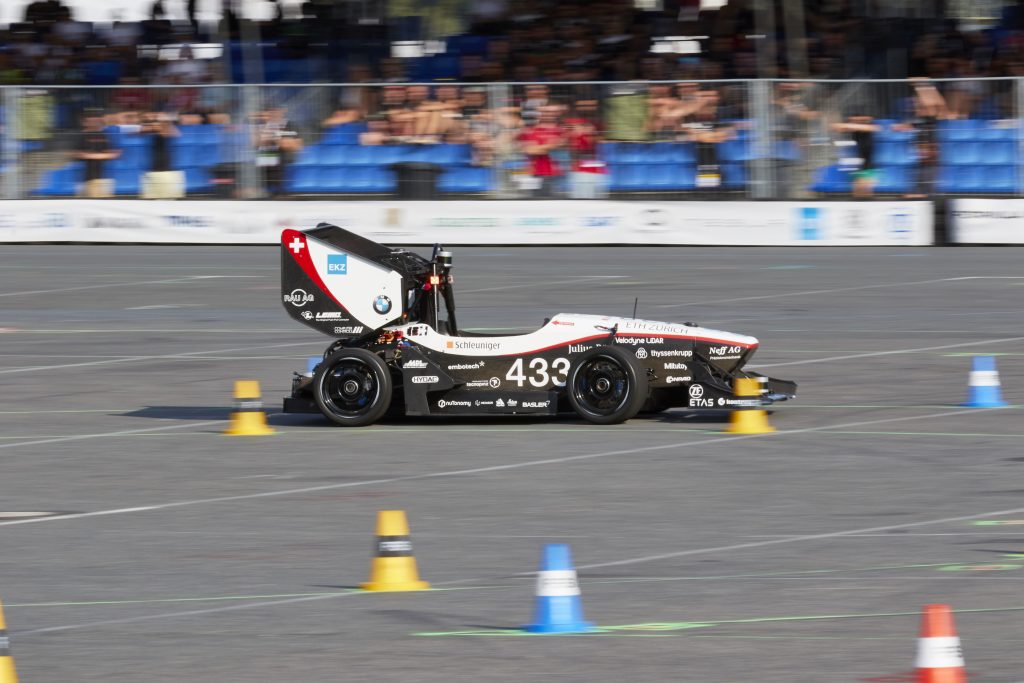